The RIHGA Royal Hotel Osaka is located in Nakanoshima, adjacent to the Osaka International Convention Center (Grand Cube Osaka).
A free shuttle bus is provided for pick-ups at JR Osaka Station.
Take a bus or train from any nearby airport to get to JR Osaka Station, then ride the shuttle bus or taxi from the station.

From Kansai International Airport
* By train:
about 65 minutes to Osaka Station by JR Kansai Airport Rapid

* By Bus:
Buses for Osaka Station at about 1 hour interval. Get off at "HERBIS Osaka".
Shuttle bus as well as taxi available from JR Osaka Station.

* By Taxi:
About 60 minutes around JPY 18,000
From Osaka (Itami) Airport
By Bus:
About 30 minutes by Osaka Station bus
Shuttle bus or taxi available from JR Osaka Station.

This is one of the major and most lively shopping and entertainment districts in Osaka. With a variety of shops all at one place, you can enjoy shopping to your heart's content.
Dotonbori is popular as a good photo spot, characterized by its eccentric atmosphere and large illuminated signboards. The famous Glico signboard (running man) and Kani Doraku Crab, a mechanically moving crab in front of a crab restaurant Kani Doraku, will surely grab your attention here.
This place is popular for its nightlife with many dining options, well-established restaurants and new restaurants serving a variety of cuisines.

This is one of the highest observatories of Osaka.
The observation platform connects two buildings, exhibiting a rare infrastructure.
Enjoy Osaka's 360 degree view from here, and if the weather is clear, you may also experience a beautiful sunset. Enjoy an unblocked clear view of the city from the rooftop gallery on the roof. 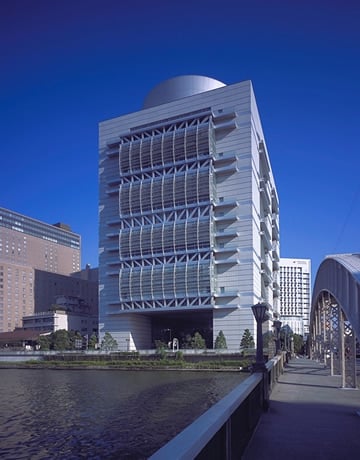 Loved by people from all nations, Grand Cube Osaka is a multi-purpose facility, used for events such as international conferences, meetings, concerts and exhibits. Grand Cube Osaka is connected through a corridor to the first floor of the RIHGA Royal Hotel Osaka.

Osaka Castle is a famous iconic landmark of Osaka, and the main tower of it is also a museum with a large variety of historical materials and the screen displays well-designed for all visitors including children. Osaka Castle grounds are now called Osaka Castle Park, an urban oasis, which welcomes visitors anytime of the day or night. The site of Osaka Castle has been designated as a Special Historic Site by the national government. 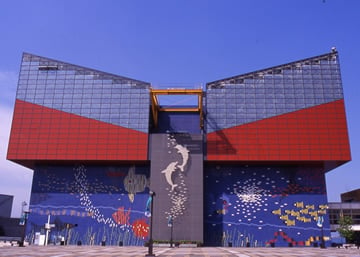 Osaka Aquarium Kaiyukan, one of the largest aquariums in the world, introduces its exhibits based on the theme of Gaia Hypothesis, reproducing the ring of fire (Circum-Pacific Volcanic Belt) with the ring of life. Enjoy such popular features in the giant Pacific Ocean tank where large-sized occupants including whale sharks and a manta ray swim. 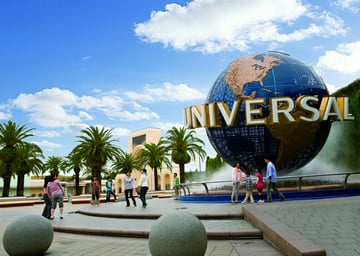 Come experience a world full of wonder and surprise in a variety of areas each with their own unique concept.From thrilling rides and shows themed on blockbuster Hollywood movies to seasonal events, the world's best entertainment is sure to leave guests of all ages enthralled.
© & ® Universal Studios.  All rights reserved.  CR14-4550-A

The Osaka Museum of History

Also owned by the city of Osaka is the Osaka Museum of History, established to show the history and culture of Osaka as well as to promote archaeological research. Separated four floors introduce the distinct eras from ancient to modern times, visitors can experience the history and culture of Osaka as urban area. The basement floor is a permanent exhibit featuring archaeological remains of seventh century when Osaka was the capital of Japan, referred to as Naniwa-no-Miya.